They called it blockbusting when the first black family moved into an all white neighborhood back in the Sixties. From the opening moments of Portland Center Stage’s production of the Pulitzer Prize-winning play, Clybourne Park, I was transported back to childhood when I overheard grown-up conversations about their fears that that their block might be the next to be busted.

There is a real Clybourn Park, but that’s all it is – a Chicago park. The play creates the imaginary homeplace dreamed of by the black Chicago family in Lorraine Hansberry’s landmark 1959 play “A Raisin in the Sun.” I grew up in the near north Chicago suburb Evanston, and playwright Bruce Norris’ Clybourne Park seems just like my hometown.

My book project is set in all my hometowns – including Evanston – during the same time as Act One of Clybourne Park. I know these characters from life: the suburban mother who just wants to please but has the beginnings of a moral backbone; the father, rebelling against his middle management job and Rotary Club conformity; the son back from Korea, who no longer fits into society; the black maid and her chauffeur husband – outwardly subservient but seething inside at the injustice of American life.

The acting and direction are superb and the smart script skillfully weaves together all the social scourges of the Sixties: racism, sexism, homophobia, xenophobia, and NIMBY-ism – all still alive today, even if barely surviving on life-support. But what makes this play so terrific is that it goes beyond anger to the comic absurdity of the roles everyone plays at a time of subterranean social change.

The Sixties are just on the verge of exploding in Act One. At the time, my mother worked in real estate. Back in the Mad Men era, she – like all working women – was first hired as a secretary. By the late Sixties, my mother had a broker’s license and was trying to sell real estate, but it was the first Nixon recession – the moment when the US economy lost its postwar boom footing for good. The first house she sold was our own, and it practically broke my heart. 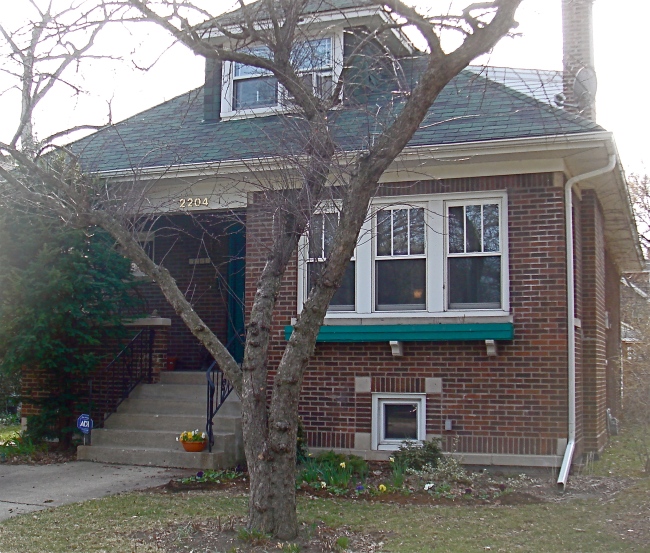 By the Seventies, blockbusting had mostly stopped mattering to the white families fleeing the riots and fires of the inner cities for the safety of the suburbs. What mattered was money.

The Seventies backlash spawned anti-discrimination laws against women and minorities, but there’s still plenty of discrimination in America – racial and otherwise. But – as Boston anti-busing activist Ray Flynn argued when he successfully ran for mayor in the Eighties – racism is often used by moneyed interests to distract working-class people from the way they’re being screwed economically. All that and more is embedded in Clybourne Park.

In the old vocabulary of the Sixties, we’ve achieved equality.

Clybourne Park is another gem in Portland Center Stage’s evolution under Chris Coleman into a world-class company that married edginess to a celebration of place in the Northwest and beyond. I won’t spoil the second act except to say it will transport you, delight you and leave you ruefully aware of how far society has come and how far we have yet to go.

Supported in part by: